At some point we come to the realization that success in life isn’t about career or material acquisitions, but “about being a good, wise, and generous human being.”

Emily Esfahani Smith is the author of The Power of Meaning: Crafting a Life that Matters. She posted this past May that people who define their identity and self-worth by their educational and career achievements are likely to ride an emotional roller coaster that sounds almost like manic depression: “When they succeeded, their lives felt meaningful, and they were happy. But when they failed or struggled, the only thing that gave their lives value was gone—and so they fell into despair, and became convinced they were worthless.”

She notes, rightly to my mind, that at some point we can/should/must come to the realization that success in life isn’t about career or material acquisitions, but “about being a good, wise, and generous human being.” That’s a bit hard to absorb and incorporate at the moment, saddled as we are with national leadership that is anything but good, wise and generous. But maybe our national circumstances make it that much more important.

Like a lot of thinking people (okay, that was a snipe), I have found myself consumed on a daily basis with the outrageous behavior coming out of Washington and more specifically, the White House. It’s bewildering, this staggeringly abrupt shift from the high to the low ground, and rejection of anything and everything that makes sense. I can only hope that this too will pass, if not for me then at least for my children’s benefit.

But the point about being good, wise, and generous is well taken and reinforced by contrast.

Esfahani Smith goes on to cite 20th-century psychologist Erik Erikson about the three stages of a meaningful life, and the need to “master a certain value or skill at each stage of their development”: developing a sense of identity in adolescence; forging intimate bonds as young adults; feeding a sense of accomplishment and purpose in adulthood, and helping our children and others realize their potential in later life. Erikson relates all of this to the Hindu concept of “the maintenance of the world.”

“In other words, you’re a successful adult when you outgrow the natural selfishness of your childhood and youth—when you realize that life is no longer about charting your own course, but about helping others, whether it’s by raising children, mentoring colleagues, or creating something new and useful for the world.” 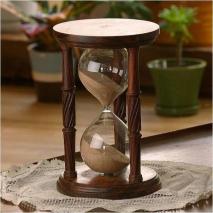 There’s a natural evolution as the number of days ahead become fewer than the number behind. No matter how accomplished or not, rich or poor, lucky in love or lonely any of us is, it seems most of us turn our attention to legacy. Esfahani gives what is to my mind a terrible example (that I’m pretty sure I’ve come across before) of a self-absorbed Harvard Business graduate-entrepreneur named Anthony Tjan who discovers, when he runs into the brick wall of the dot.com bust in 2000, that the world just might not be only about him. His dreams shattered, “he felt humiliated and demoralized.” Poor baby. His rebirth is to understand that true success requires he use his immense innate talents and entitlement “in the service of a higher calling” – so he goes into investment banking and funds a nail salon. To simultaneously solve the problem of underpaid manicurists and unhygienic customer experience. I’m all for “pursuing wholeness” but WTF.

Okay, that’s pretty cynical. By way of explanation, I should note that I’ve been involved in pharmaceuticals and medical devices my whole career and I tend to overweight service to humanity when I look at the value of entrepreneurial initiatives. But really…the guy is probably in his mid-to-late thirties and the whole thing sounds just a bit too neatly wrapped up in the same self-absorbed ball. He’s hardly Gandhi. (Who was also probably, at least in part motivated by his own need for gratification.)

I talk in my sleep, pretty regularly by my wife’s report, and she is endlessly amused (ask her) about the night I proclaimed that “stasis is deadly.” In Erikson’s model, he defines stagnation – which I suppose is what my sleeping mind thought of as stasis – as “the gnawing sense that your life is meaningless because you are useless and unneeded.” This isn’t a phenomenon of age. We all need affirmation, and we all need something to do that makes us feel productive. I don’t believe that diminishes over time, and I think that’s the reason change is such a struggle. For much of my life I was very much a change junkie; if things weren’t happening, if I weren’t causing them to happen, I was somewhat adrift. It’s an odd sensation to not feel that so strongly anymore, but I suspect it’s a healthier state of being. 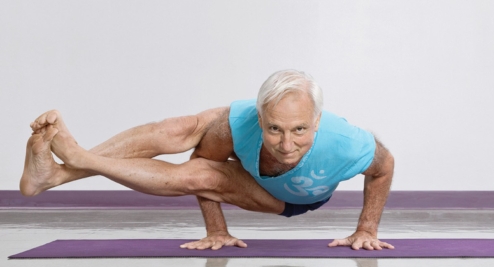 I have evidence. After I sold my company in the early 2000’s, I could have retired but experienced a profound need for what Erikson described as “a sort of confirmation of my usefulness.” (I see the same thing in retired executives and other entrepreneurs who have sold their companies – it’s partly needing continued intellectual stimulation but I think it has more to do with the obnoxious voice in our heads that continually calculates our value. Erikson says it’s the same for someone who is involuntarily unemployed, and feels a sense of uselessness and despair, compounded by the inability to provide for the people we care about. His conclusion is profound: unemployment, voluntary or involuntary, isn’t just about economics, but an existential issue. “When people don’t feel they have something worthwhile to do, they flounder.”

Stuff doesn’t fill the void. And for me, based on experience of the last 8 or 10 years, neither does filling the time. I got into education after I sold my company because I love the classroom, I like providing value to other people, and it gave me a constant impetus to get things done. Being effective in class requires preparation, and puts you under healthy deadline pressure. That it also elevates the urgent over the important probably doesn’t differentiate it from any other occupation.

But for me, the target of my efforts needs to be solid, and the results fruitful. Frankly, there are a whole lot of students in college who don’t belong there, who are filling the schools’ seats and coffers with their own version of “I don’t have anything better to do” or “I can continue to play for another 4 years before life gets real.”

A lot of them aren’t much interested in learning, they find challenging work a pain in the butt, and they’re more likely to spend time negotiating their grade at the end of the term than earning it during the semester. Teaching has been both satisfying and aggravating, and I had  reached the conclusion after a particularly awful slew of papers last term that teaching wasn’t filling my needs.  Thankfully, I found a university recently that seems to be bucking the trend, and the days I’m there are graced by interaction with courteous, engaged and overall nice millennials.

Of course, there’s always material stuff. Selling a company gives you the capability to acquire way more of it than you could ever possibly need, and there’s a certain pleasure in researching, acquiring and playing with all sorts of adult toys (no, I don’t mean that kind though they certainly could qualify). But at the end of the day I find the chase more interesting than the owning, and it’s consequently pretty transient. 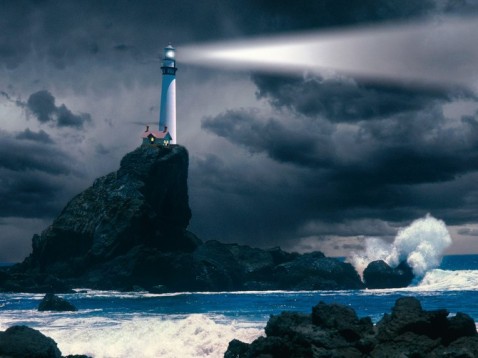 I’ve always looked toward the lighthouse rather than the water immediately in front of me as my way to the next shore. It’s a pretty universal observation but no less unique for that in the personal experiencing: the thing that fills my horizon these days is the pleasure of seeing the dent I’ve made in the world: my kids, my wife, people whose careers I’ve influenced, the prospect of grandchildren…

People around me don’t understand when I bitch about feeling unfulfilled in accomplishments. What they don’t understand is that it’s not about what you‘ve already done, but about having something useful to look forward to. That’s going to be a different set of activities and aspirations for each of us. Some of it is scaffolding, part of it is keeping the mind and joints moving, and some of it is no doubt approbation. But the secret, I think, to being relevant to ourselves is to be relevant to the people in our lives who really matter.  And that’s for the long haul…